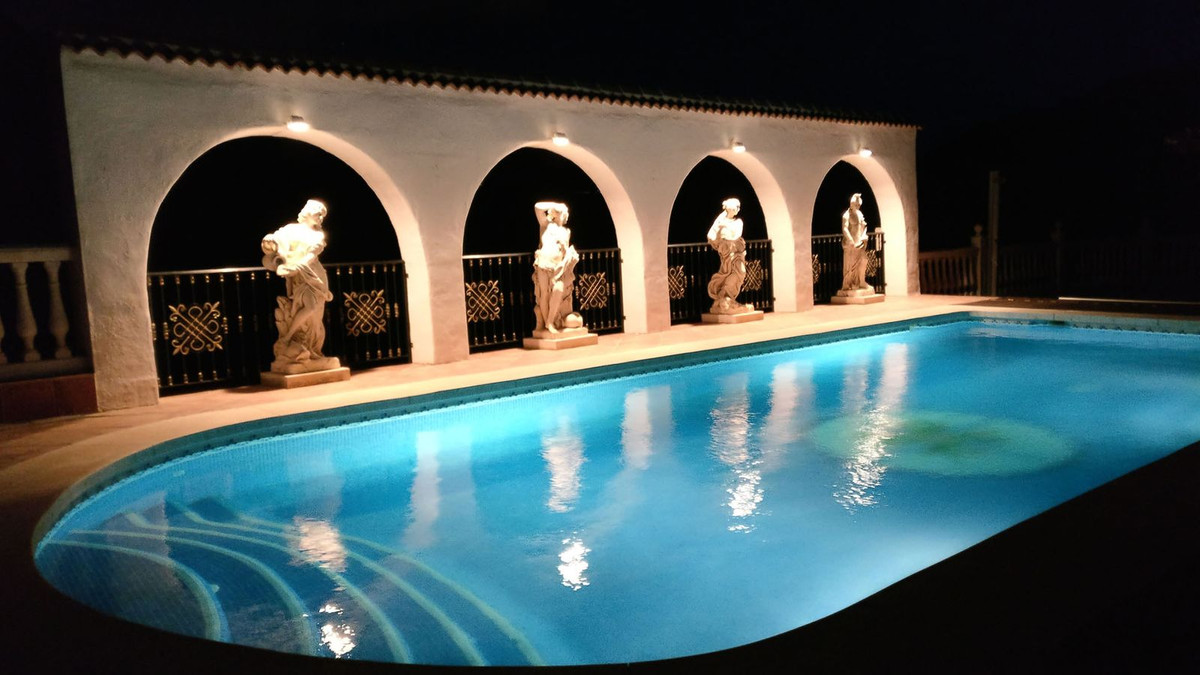 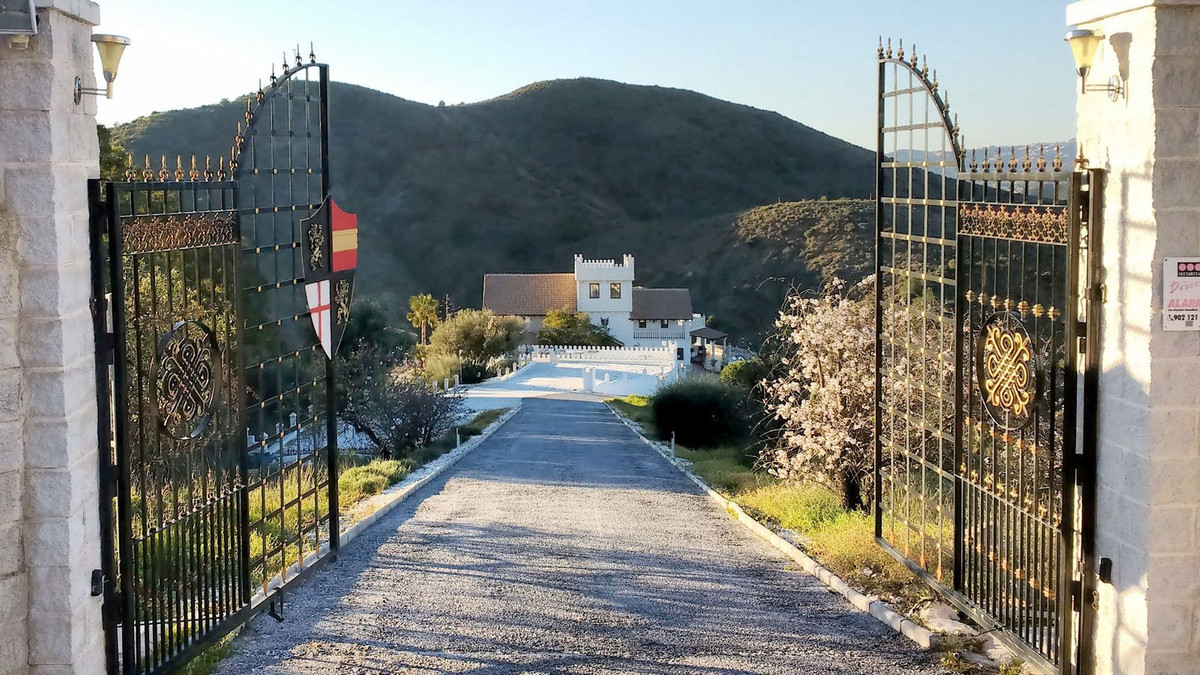 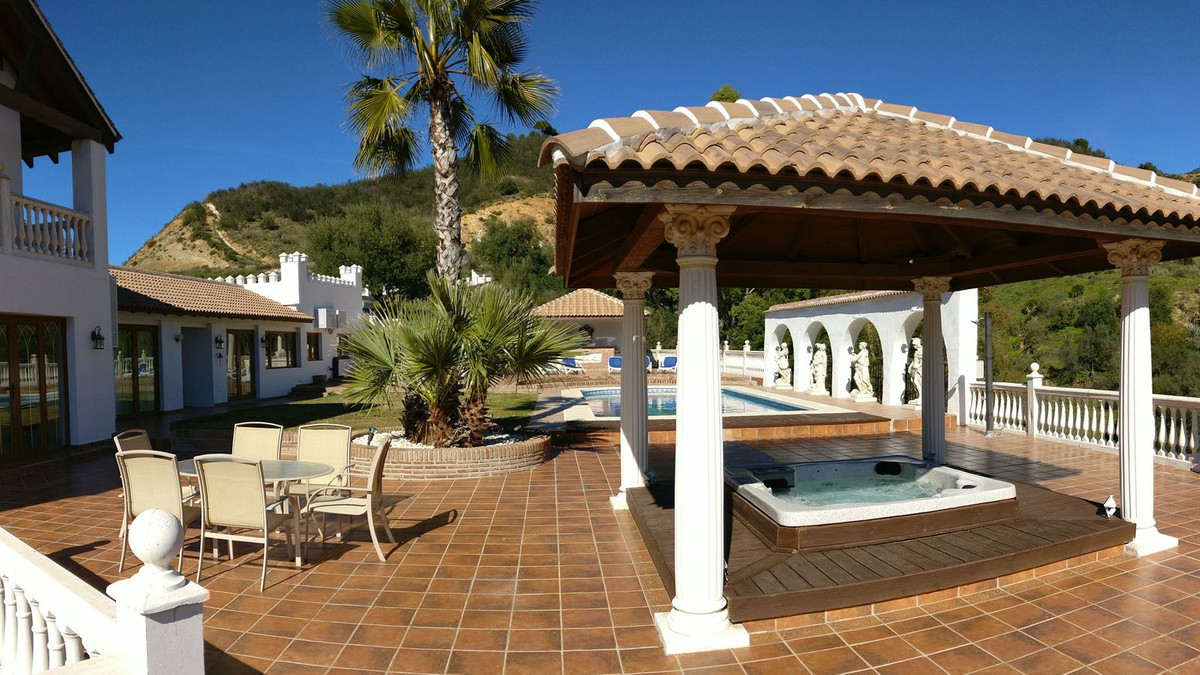 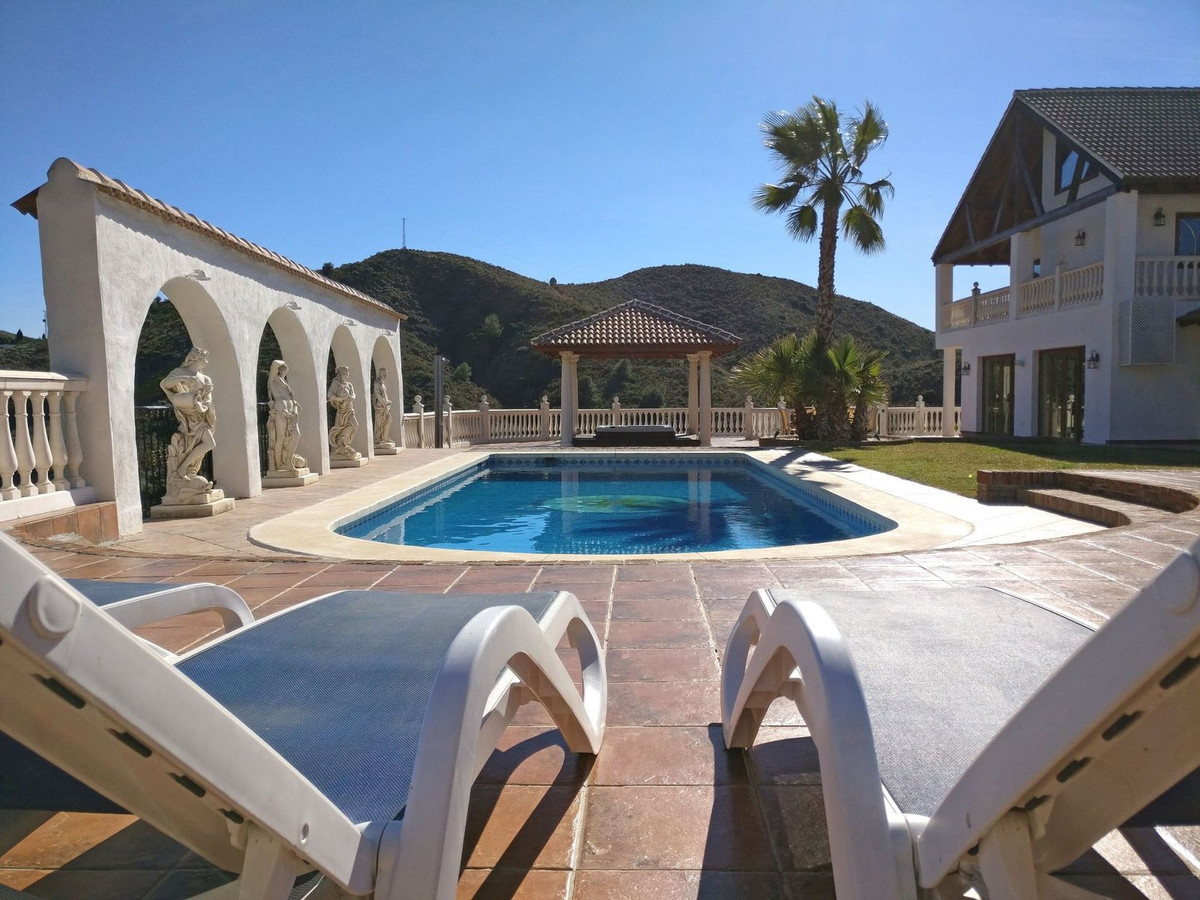 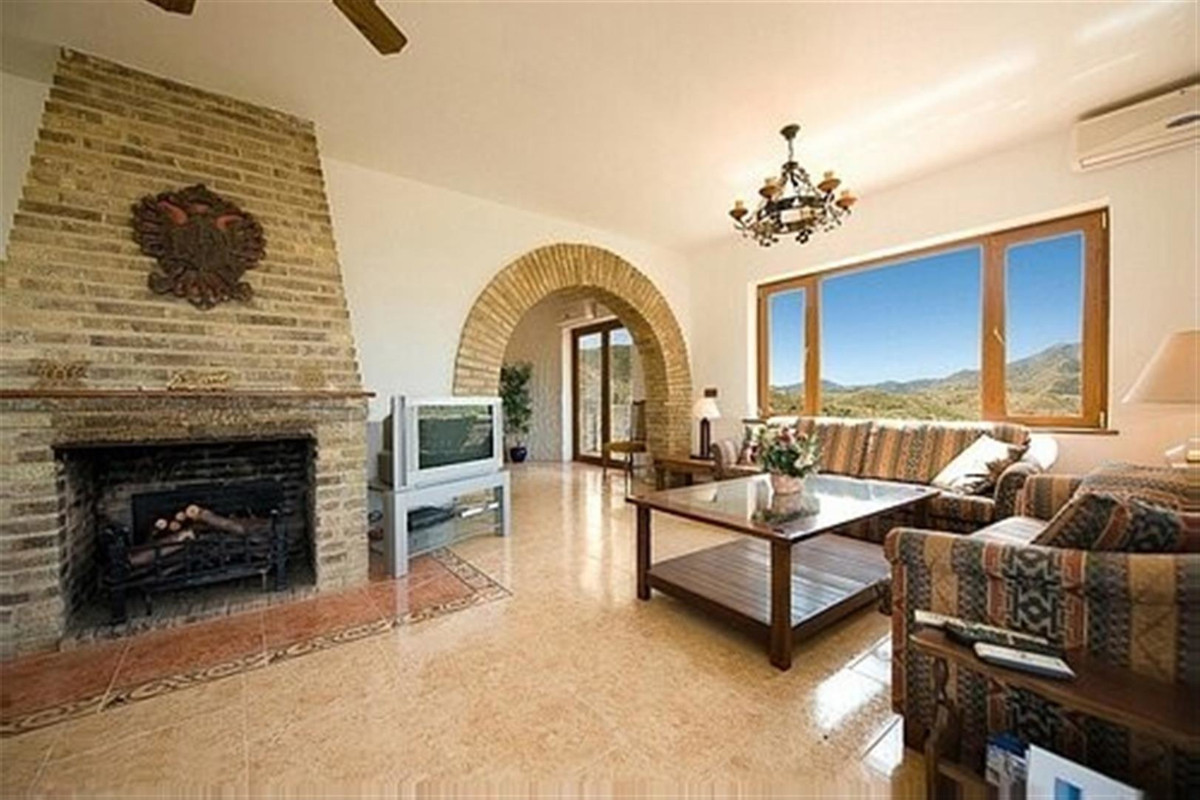 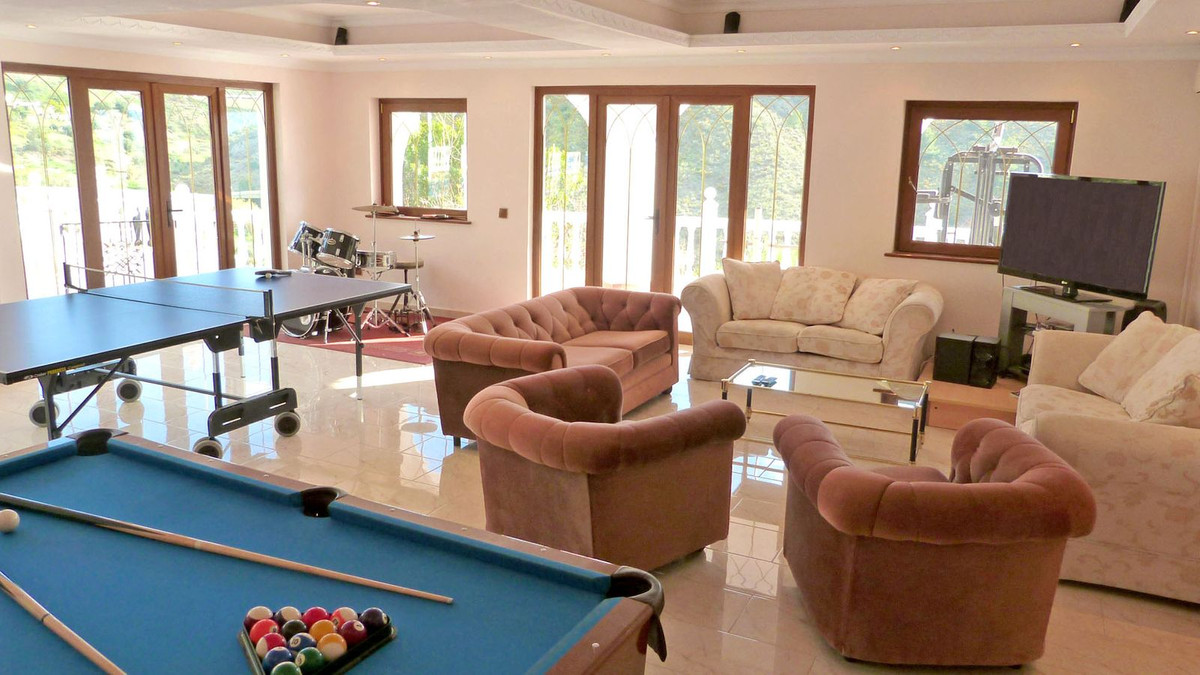 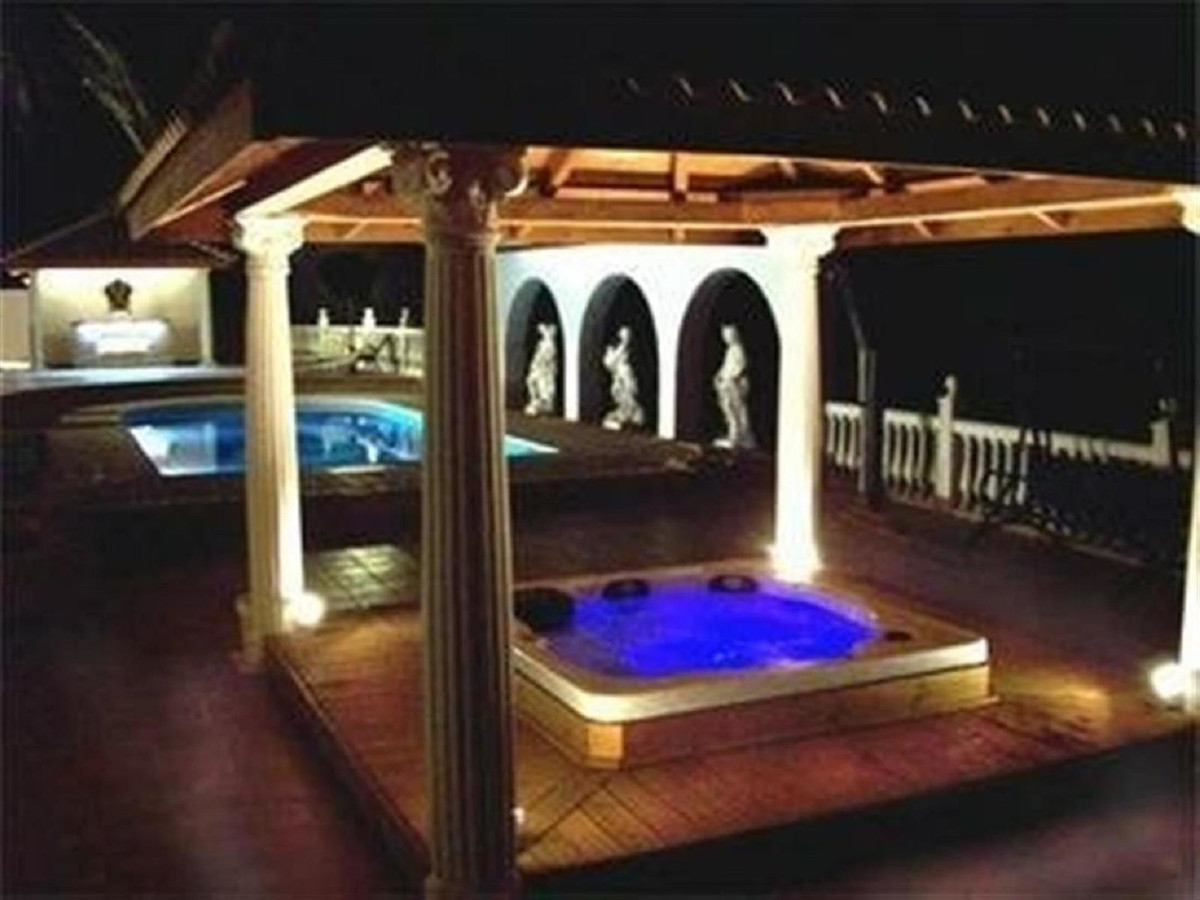 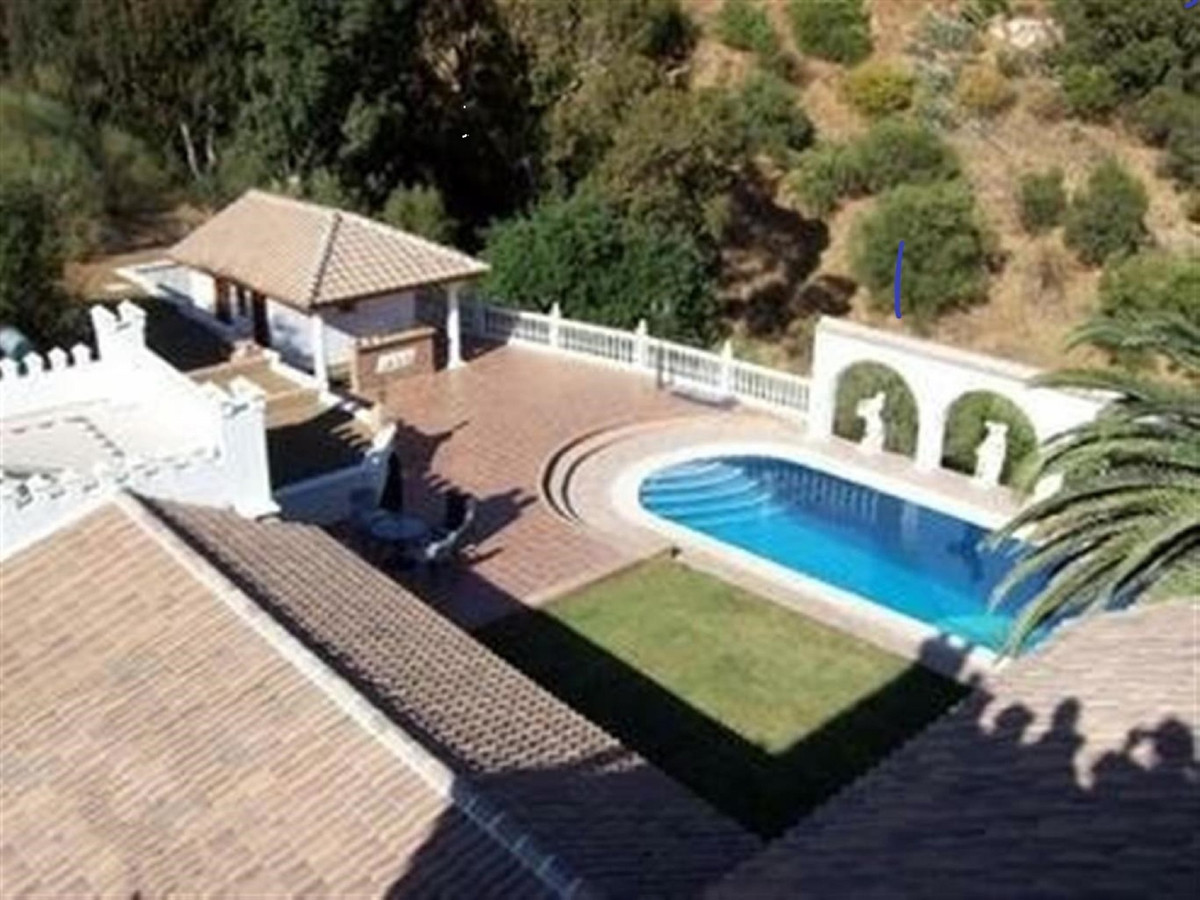 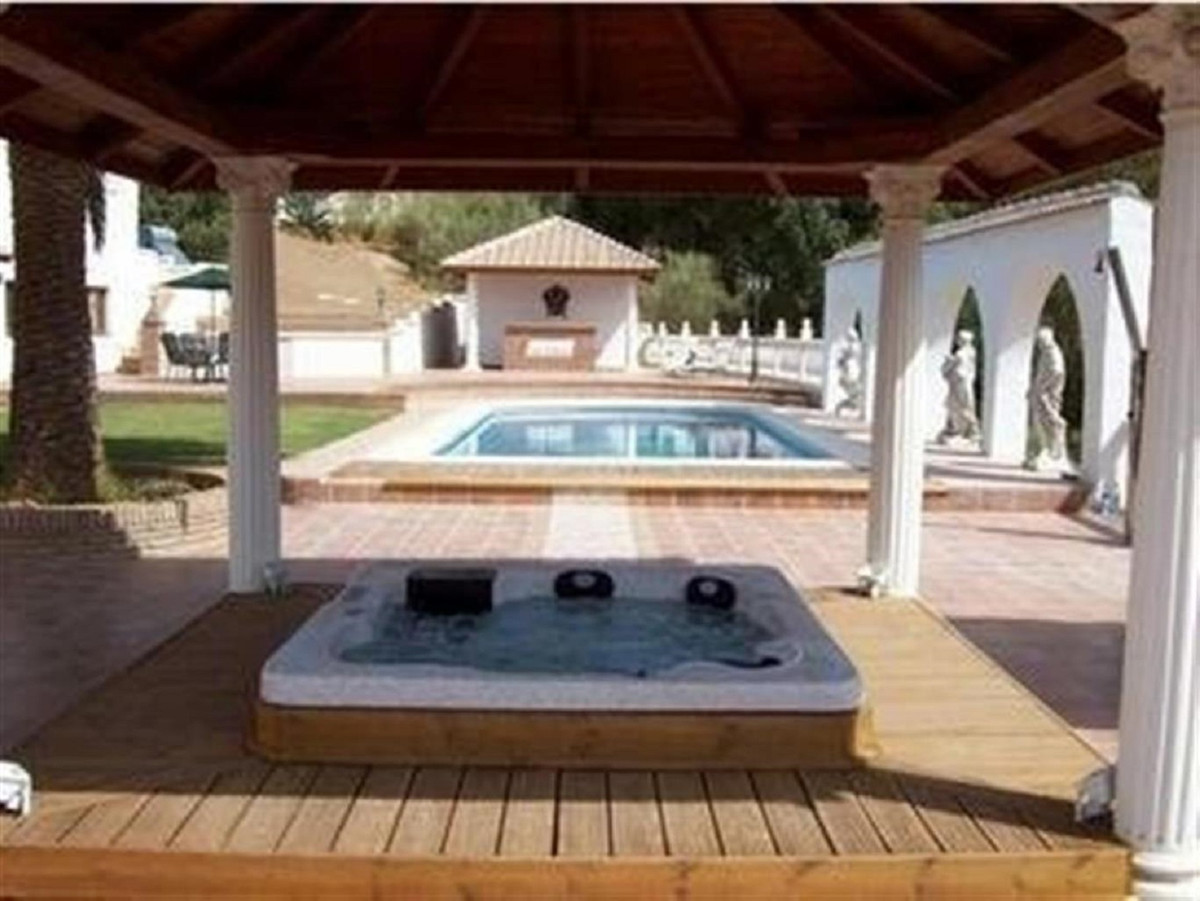 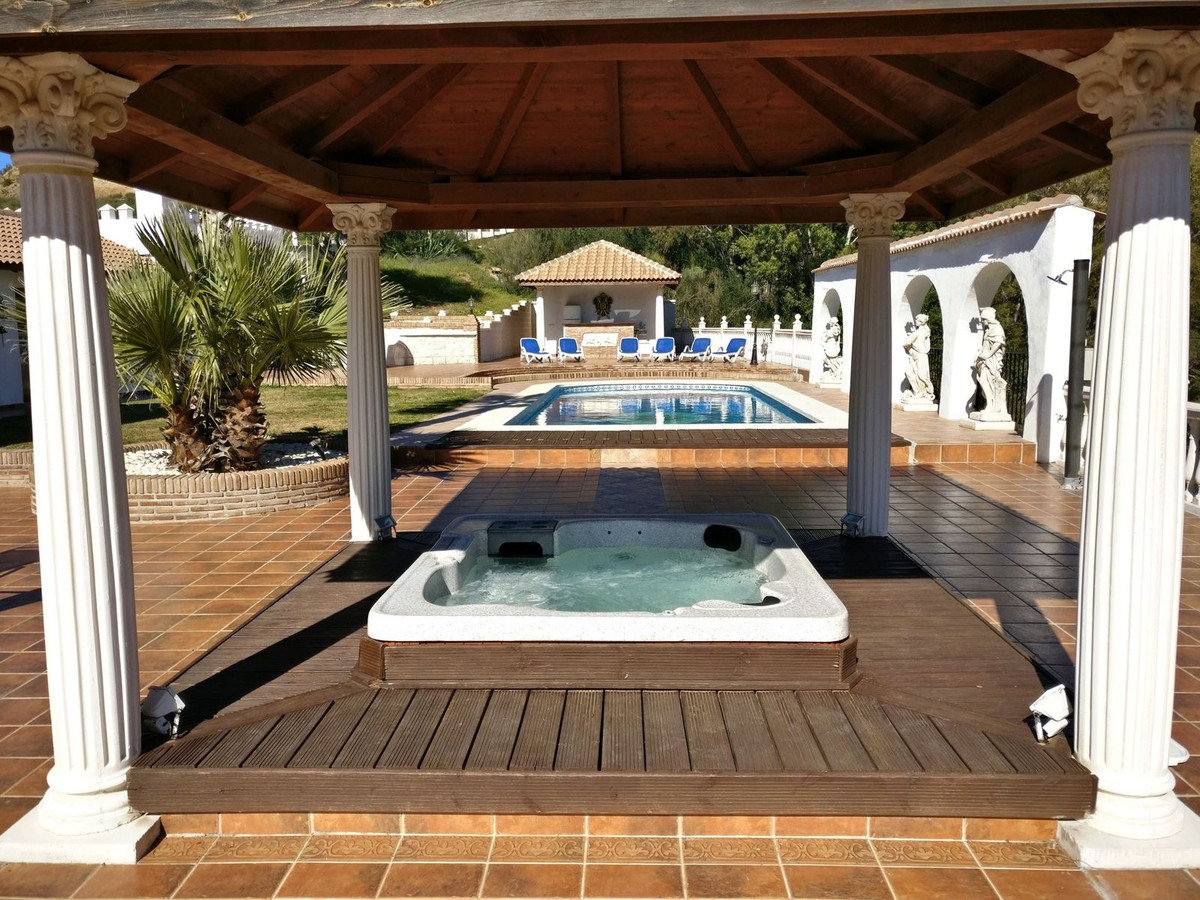 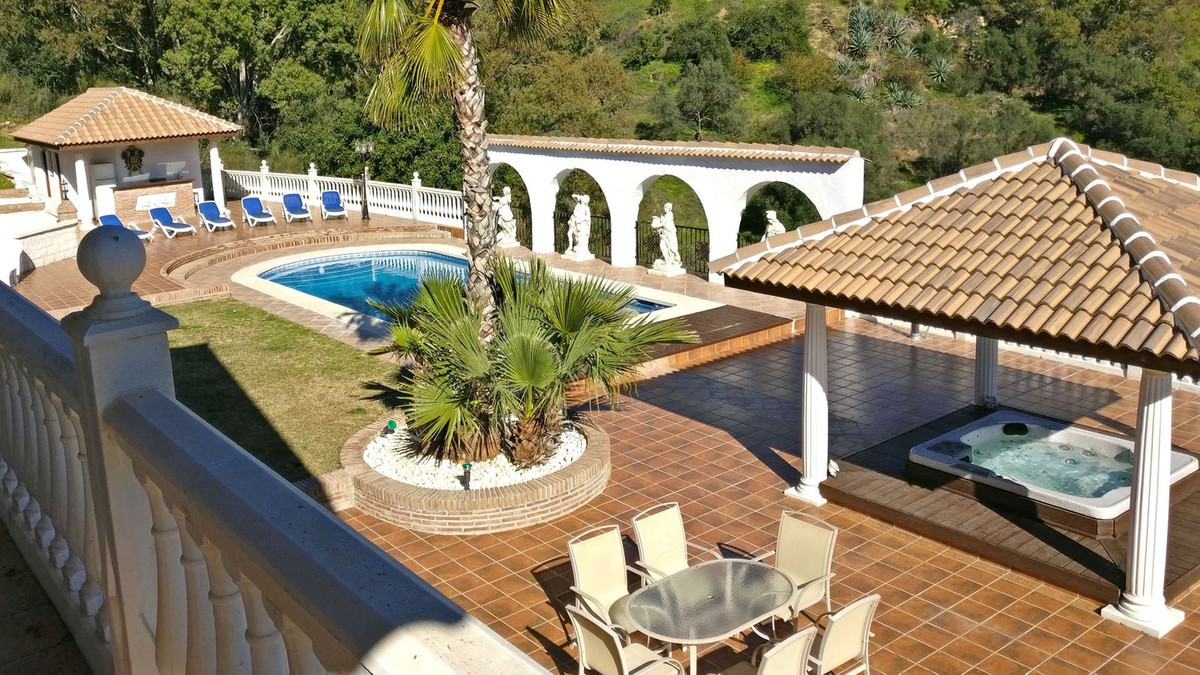 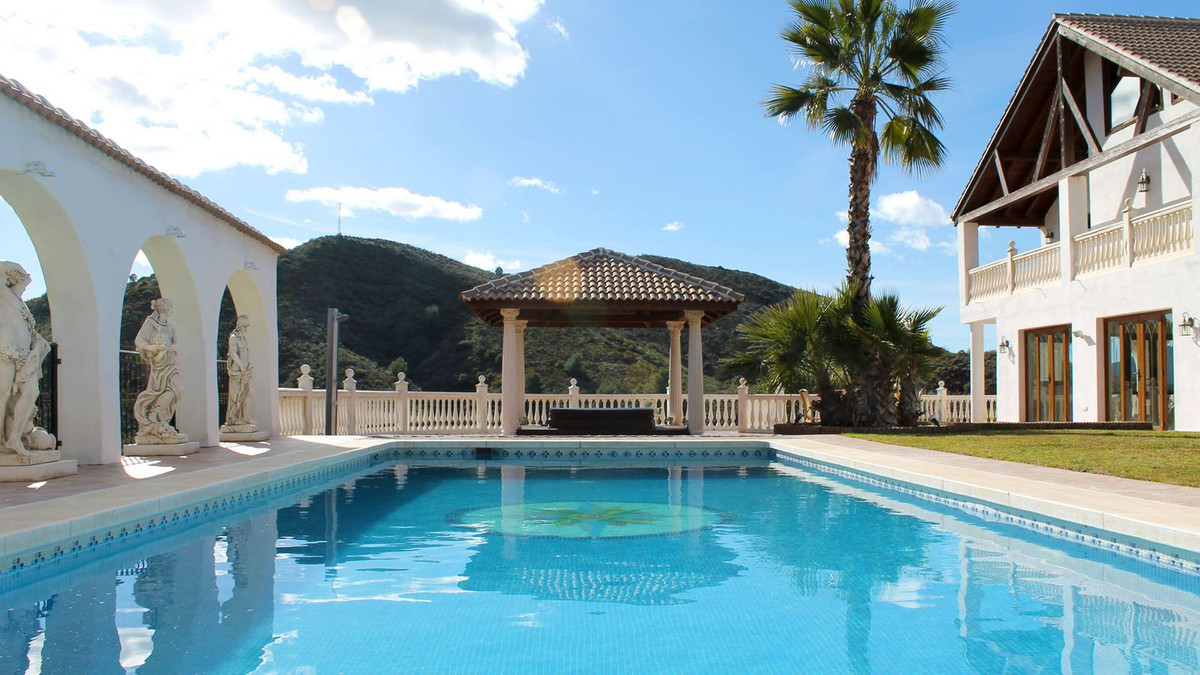 For more information regarding this property please contact our english speaking team.

REDUCED FROM 2.4 Mil Euro to 1.950.000 Euro - . This’ is a meticulously restored 200 year old south facing finca with breathtaking views. Its unique, exclusive location overlooking the surrounding countryside is peaceful and private. It is conveniently situated on the scenic road between Fuengirola and Alhaurin El Grande but comes under the Mijas / Mijas Costa town hall, yet close to all amenities and 6 championship golf courses. 5 bedrooms all with en-suite bathrooms 4 Reception Rooms Separate 2 bedroom, 2 bathroom apartment Recreation area with pool bar and separate changing rooms Heated pool and Sunken Jacuzzi Stable block / Recording Studio / 2 Bedroom Bungalow 100 m private drive 2 Pairs of electric opening gates, Stonewalled garages 300 m of terraces and verandas Wraparound balconies Life size chess board on upper terrace 2 Solar heating systems Under-floor heating, Automatically irrigated lawn Open fireplace Walk-in wardrobes in 3 master bedrooms Jacuzzi baths / massage showers in all 7 bedrooms Minstrel gallery in master bedroom 20 Air conditioning / heating units, independently controlled Marble staircase and Portuguese Rosa tiles Double glazing throughout with Gothic inserts, Tower room with panoramic views State-of-the-Art kitchen The house is surrounded by 62,000 square metres (15 acres) of rustic woodland in an exclusive, secluded valley with magnificent views of the mountains. A natural winding spring veins through the depth of the grounds. The area is perfect for horse riding and there is a stable block and paddock available. Stabling for 4 horses and room for paddocks. Provision for 2 bed bungalow or recording studio. International size Tennis Court ready to construct. Helicopter Landing Area (10 minutes from Malaga airport) Two hundred years ago a farmhouse was built on the borders of Alhaurin and Mijas. Many years later it was expanded into a beautiful and secluded villa by its eccentric and reclusive new owner. At that time the only access from Fuengirola to Alhaurin was by means of a winding dirt track. When he discovered that the track was to be made into a road, he was furious and soon afterwards sold the villa to a restauranteur. Permission was granted for a grand country inn but unfortunately the company fell on hard times and it had to be sold. The property became overgrown concealing the magnificent villa from the outside world. The derelict house was ransacked, and later taken over by hippies. They lived by selling scrap metal and farming pigs. This was its condition when the present owners bought it in 2001. The structure was still grand and embedded solidly into the mountainous rock. Armed with a vision of how majestic the villa could be, a massive expansion was envisaged. Detailed drawings were made and eventually building permission was obtained. So began four years of renovation where every detail and design was meticulously planned. What became a labour of love has resulted in the uniqueness of this property